Because of these cultural differences, Nabeel had no friends and later was also launched into adulthood alone.

When Nabeel saw David reading his Bible, he started asking him questions. This led to a 3-year conversation that got Nabeel thinking.

He also read reams of information on Muhammed and found one violent story after another. Everything came to a head on the day before college graduation.

Muslim families are based on honor-shame. On the night of December 19, , Nabeel pleaded with God for the truth. In that instant, God gave him a vision of a field of hundreds of crosses. For months, Nabeel sat on its meaning. His friend David stood in the doorway of a room that contained a feast. On April 24, , Nabeel received his third dream: stairs leading out of a mosque. Finally on August 24, , Nabeel got on his knees and asked the Lord into his life.

He had to tell his parents. They were broken-hearted and for months they tried talking him back to Islam. The Lord told Nabeel to stay in medical school but to prep for ministry. After Nabeel graduated from medical school, he decided to go into ministry full time where he was a youth pastor for a year. His family took this as a personal affront. A couple learns to serve their community, literally, by giving reformed addicts a second chance.

Plus, the other side of the transgender debate that A patient is bleeding to death and no one knows why. Follow the frantic rush to surgery and the miracle that happened along the way. Plus, real good food with TV host Ellie Krieger. Discover how you can eat Multi-platinum selling artist Jaci Velasquez joins us live. Plus, a car wreck leaves one woman barely able to walk.

The niece of a Civil Rights legend, Alveda King fights for a better future. Plus, when his wife headed for the door, one husband went for his shotgun Pat and Terry pray for you and deliver words of knowledge through the power of the Holy Spirit for your healing. True love, honor and faith sustain a POW for nearly 8 years after being shot down in Vietnam, leaving his wife without a husband and his kids without What can mere people do to me?

Skip to main content. The ways in which I tried to express myself got me into trouble every time I spoke. Unfortunately, I am still slow, but I accept it as a part of the being that Allah made me. People, it seemed, had no patience with me in the past. I also felt that I was ugly since as a baby, I had to wear eyeglasses, and everyone laughed at me when they saw me.

I did not have many friends simply because I chose not to. Having friends who were involved and taught the same philosophy that I belonged to only kept me entrapped in their way of thinking. They were constant reminders of that which I was trying to escape. Reacting out my rebelliousness against their beliefs in physical, emotional and mental personalities, I isolated myself from the other children in school, preferring not to play or talk to them, except for four girls that I sometimes chose to associate myself with.

I was not allowed to play or speak to boys at any time, other than my brothers. Later in years as I was growing up, I became more introverted and rarely spoke. I no longer willed to comply with what was said or being taught to me. I thought deeply about my life and how I was living it. I was in a constant battle with fear, which to me, was entrapment by the devil himself and as I would later on learn - my own worst enemy.

I continuously questioned my peers and my father about God, whom we were never taught anything about except that He was a Divine Supernatural Being who was always around us and could not be seen visually by our eyes. I refused to accept this theory as a child as I could not understand how he could be both the Son of God and God. I did not accept Mary as being the mother of God.

If she was the mother of Jesus and Jesus was the Son of God, how could she be the mother of the Son of God when God was a supernatural being? God was not a human being, so how could He have a Son especially since they never told us He was married! You had to be married first to have children we were told.

You could not have children until you married first or you were sinning, and God did not sin! I could not help but deny all this and tell them what I thought. I did not feel that this teaching was a model for me to be following, and felt it was wrong to worship God in this way. My classmates laughed at me, and thought I was a stupid person. This really hurt me, but what hurt even more was not being able to say what I thought and that I had to suppress all of it. My adventure in life was just beginning, and already I was opposed to what was being taught to me. 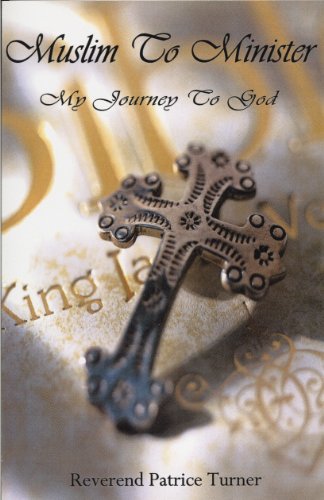 I was dealing with some really tough issues that helped to trigger off my unusually difficult behaviour. This lead me towards disobedience and withdrawal among my religious upbringing and peers. I was always mentally fighting the establishment in which I was being raised, but the reality was I did not know how to change it, even though I wanted to.

The metaphors used by the Roman Catholic faith such as the statues of Jesus, Mary, and the Saints were all a myth to me and blasphemous to my God.

I say my God because I felt He was different than theirs. I never lit candles in front of the statues to pray to them if I wanted them to grant me special help from God on their behalf. I felt this was ridiculous and I preferred to pray to God alone and not to the statues. My young mind seemed to be forever in need of His help! He was the only one I knew I could turn too.

I needed a miracle to happen, and God was the only One who could perform miracles, not statues of the saints nor of Jesus. It was God whom I deeply believed in without a doubt, and wanted to learn more about Him in school. Our religious beliefs related only to Jesus and we were not allowed to read the Bible although our religious teachings were derived from the Bible and were called our Catechisms. We were told that the Bible had been distorted and would only confuse us.

The Catechisms taught us about the life of Jesus and had lessons in them which we learned, pertaining only to him and not to God. Whenever I asked questions about God, I would get answers about Jesus. Frustrated at what was being told, I would sink deeper into myself, trying to rationalize what I was hearing. It made absolutely no sense and I did not believe what was being said - not one word of it - and I let my teachers know when they asked me questions. Every Sunday morning in church, we worshipped Jesus and never a mention or word of God.

I suppose my teachers along with my parents tried to overlook my rebelliousness by pretending it was not happening in hopes that it would go away.

My father would defend my resistance by saying I was just a stubborn child. Towards him, I was always so obedient and quiet, therefore, he could not understand my behaviour with my peers and disliked being told what he heard about me. It irritated him immensely and I could tell by his moods when I got home and by the way he asked me questions. Often in class, if I did not like what I was being told, I would not listen to the teachers and would plug my ears with my fingers and stare off into space until they finished talking.

My battle was a personal one as I was fighting the establishment who to me, was the devil himself in disguise.

A Journey from Islam to Christ

I did not do well in school, just managing to pass. Later in years as I grew up, I became more introverted.

One of the subjects hammered into us the most was that of doubt. It should come as no surprise that multiple death threats have also been made against Carlos and his family, so we would greatly value your prayers both for our neighbors who so desperately need to encounter the God who loves them, and also for Carlos and his team who are determined to keep preaching the gospel. Out of despair, she prays to God to help her. Thought for the day Alive God is doing amazing things among Iranians. We listened month by month to baptism testimonies telling how Jesus is drawing people from the middle east to himself through dreams, visions and miracles.

I was no longer willing to go along with what was being said. I rarely spoke, and thought deeply about my life. The teachers placed me in the front row of the classroom where they would be able to keep a closer watch on my attention span. When my mind wandered, I would be shocked back into reality by their unexpected and vicious attacks on my hands. They were not gentle nuns, and they used their long wooden ruler or yardstick to smack me hard across the fingers of both hands. Instead, I had to suppress it along with my feelings and my voice. I hated living in this concrete world and wondered if I would ever get away.

As I grew older and into my teens, I rebelled even more. I hated going to church on Sundays, hated praying only to Jesus and Mary and all the saints; not learning about God, about who God was, what He did, where He came from, and if He existed at all. I continued to argue with my own conscious because it was the devil trying to persuade me otherwise. I did not deny Jesus, as I respected him as a human being who had once lived, but I would not worship him or put him before God.

This shocked them immensely and I was regarded as the black sheep of the fold. I did pick up the Bible occasionally to read, but I could not understand it. It made no sense to me at all. It did not seem logical or easy to construe. It only frustrated my unhappy mind and made me disbelieve in my religion all the more. I continued to go to church every Sunday and prayed faithfully every morning and night, but I prayed only and always to God.